The Quandary of Livestock Production in Today's World 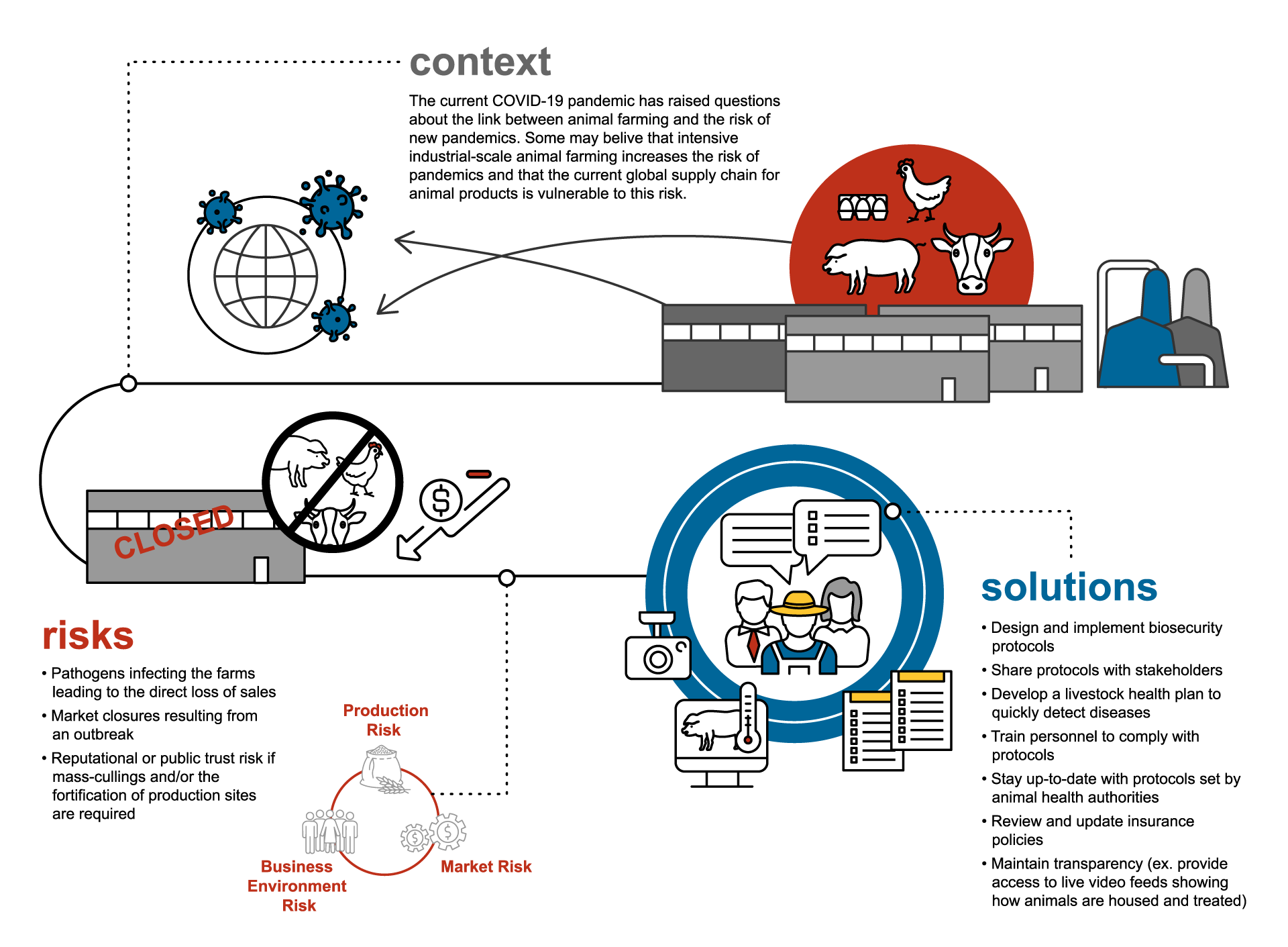 The global hog industry is disrupted by the outbreak of African Swine Fever affecting China and South-East Asia, Eastern and Central Europe, with cases in Western Europe, along with Southern Africa. Cases of ASF in Canada would deal a blow to the Canadian pork industry with depopulation of swine herds and market closures.

In 2014/2015, highly pathogenic avian influenza (HPAI) caused severe economic damages to the poultry industry in the USA with a 12% reduction of the layer hen flock, 8% reduction of the turkey flock, compounded by trade restrictions for poultry products. Currently, there are a few outbreaks or cases of HPAI across the world: Japan, Europe, China.

Yet, complying with on-farm biosecurity protocols remains a constant challenge.

In the meantime, some viruses present in farmed animal population have broken the species barrier and become pathogenic for humans with the risk of human-to-human transmission (e.g., the G4 variant of avian influenza, H5N6 or H5N1). As these animal diseases threaten human health, one may see increased public distrust of animal products. For instance, during the H1N1 outbreak of 2009, improperly named ‘’swine flu”, the demand for North American pork suffered.

The current COVID-19 pandemic has raised the question of the link between the nature of animal farming and the risk of new pandemics, with a view that intensive industrial-scale animal farming increases the risk of pandemics  and that the current global supply chain for animal products is      vulnerable to this risk.

What does it mean for farmers?

The primary risk for farmers is obviously the risk of a pathogen infecting the farms leading to direct sales losses, because animals are dead or must be quarantined and not sold. A secondary risk is market closures resulting from an outbreak.

If mass-culling is necessary, the way it is done could create or prevent significant reputational risk and public trust risk.

Because of the severity of the production and market risks associated with animal disease, the farmers may be inclined to fortify their production sites. This could be perceived by some as a lack of transparency, with the potential of eroding public trust.

How can farmers Manage this risk?

The very first step for the farmers is to design and implement biosecurity protocols. Then, the farmer should share, as appropriate, the protocols and their purpose with the relevant stakeholders, being the feed delivery driver, the vet, the accountant, the neighbours. The Canadian Food Inspection Agency (CFIA) provides basic information on biosecurity as well as well as tools and resources to help producers develop one. Most commodity groups also have guides and standards specific to their region and production.

A companion to biosecurity protocols is a livestock health plan to quickly detect diseases.

All personnel on the farm must receive training and frequent refresher to ensure they are able to comply consistently with the protocols.

Insurance policies should be reviewed and eventually updated when possible.

These biosecurity protocols must be enforced rigorously and consistently. Yet, the farm must maintain a certain level of transparency to not compromise public trust. Open-door days are out of the question, but access to live video feed showing how animals are housed and treated could be an alternative solution.